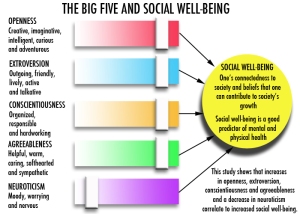 Much research has been conducted in an attempt to establish which cognitive, cognitive-oriented and affective factors (including the effect of personality types) can be predictors of success in foreign language learning. Before delving into what research says about how personality traits inhibit or favour language learning, it will be useful to gain a more complete overall picture to have at least a basic understanding of the other factors at play in determining language aptitude.

Research in Language aptitude (the capability of learning a foreign language) goes back to the late 50s when the US ministry of defense wanted to find out if a test could be devised in order to identify individuals who had more potential than others to learn languages more effectively and rapidly. Such test was created by Carroll and Sapon (1959) and it is called MLAT (Modern Language Aptitude Test). This test is based on a construct, made up of four components:

The effect of motivation on learning is self-evident. The effective deployment of Learning Strategies (defined as the steps or actions taken by the learners to improve the development of their language skills), too, seems to correlate with success in L2 language learning especially in instructed settings. Working Memory is the latest addition to Language Aptitude models and a mounting body of research seems to indicate that it plays an essential role in foreign language acquisition. Working Memory underlies human ability to process any linguistic input and to store it in our brain (i.e. in Long-term memory) for later retrieval when it is needed. It is hypothesized that the more effective an individual’s Working Memory, the greater his/her ability to acquire advanced language skills.

It is obvious that the language learning context in which one acquires a language, whether natural or instructed settings, input-poor or input-rich, with a teacher we like or not, will also highly impact on how successful we will be at learning a foreign language.

All of the above factors interact with one another and, of course, with the personality traits of the learner. The reader should note that the evidence on how different personality types affect learning is not totally conclusive. Firstly, because the personality types classifications used in research vary across the board. Secondly, because not enough studies have been carried out to-date. There are interesting findings, however, that are worth being aware of, some of which are counter-intuitive and may have important implications for our teaching

The personality types I will refer to in my discussion are borrowed from Costa and McCrae’s (1992) Five factor model which include:

An empathetic and observant teacher will not need a PhD in psychology to be able to ascribe most of their students to the above categories and I suspect, that after reading the above, an experienced practitioner may be able to predict which of the above factors correlates more strongly with success in language learning.

The answer is: Openness to Experience. Why is it the main determinant of Language Aptitude? Firstly, because it is the factor most strongly linked to intellectual curiosity and flexibility. It correlates with creativity and divergent thinking, which are typical of gifted learners in general. Also someone who is highly ‘open to experience’ is more likely to be less critical of a foreign culture, and, appreciative as they are of art and beauty, more prone to embrace the language of a country with a strong artistic heritage or concerned with aesthetic beauty (e.g. Italy, Spain or France). The fact that Opennes to Experience has a strong genetic component would lead to presume that Language aptitude may be hereditary.

Another factor that may correlate positively with success in foreign language learning is Conscientiousness, especially in the areas of memory and grammar and in developing cognitive academic learning ability. This is possibly due to the fact that conscientious people tend to be more dutiful and hard-working and intrinsically driven to do well in whatever they do. But the evidence in support of this positive correlation is not conclusive.

Agreeableness seems to be a predictor of success in terms of phonological coding and pronunciation, possibly because highly ‘agreeable’ individual tend to ‘listen’ more attentively and may subconsciously try to use their voice to harmonize with other fellow humans more effectively.

As for Extraversion, its correlation with language aptitude appears controversial. On the one hand, extraverts display lower levels of anxiety and engage in more frequent communication and greater risk-taking, thereby developing more effective interpersonal skills and better oral fluency. On the other hand, research seems to indicate that, on the whole, extraversion correlates negatively with language aptitude. A very good extravert linguist may find this baffling. However, one must bear in mind (as mentioned above) that there are other factors at play which may offset the ‘advantage’ or ‘disadvantage’ that a given personality trait ‘naturally’ gives you (for instance, in my case, strong learner strategy use and integrative motivation); moreover, often more personality traits often co-exist in the same individual (for instance, in my case, a degree of ‘Opennes to Experience’).

The factor that seems to correlate most negatively with language aptitude is Neuroticism, due to the high levels of anxiety a neurotic person would experience which have, evidently, a strong detrimental impact on cognitive processing, on-task focus and memory, as well as motivation.

The above discussion may have some important implications for learning especially vis-à-vis students that may not be identified by course administrators as potentially gifted learners in terms of General Intelligence but may score highly in terms of ‘Opennes to Experience’. Moreover, it may be useful, once spotted a child with neurotic behavior, to adopt specific tactics in order to minimize the risk of causing them stressful experiences. Using the Costa and McCrae’s ‘Five model factor’ as a reference framework in the MFL classroom may be advisable as, even if personality traits may not directly influence the outcomes of learning a foreign language, “they certainly shape the way people respond to the learning environment” (Dörnyei, 2005). After all, the relationship between the learner’s and the teacher’s personality can have a  huge effect on the process of learning.

In conclusion, personality traits can have a direct and indirect impact on learning and their role as predictors of our students’ learning should not be discounted. However, their impact cannot be considered in isolation, as divorced from motivation and the cognitive and cognitive-oriented factors identified at the outset of my discussion. Teachers are often prompted by course administrators or educational consultants to take into account our students’ learning styles and multiple intelligences; but maybe more effort should go into equipping teachers and school staff in general (a) with a better grasp of how students’ personality type may impact their learning and (b) with effective strategies to best adapt our teaching to learner psychological needs.

10 thoughts on “How does personality affect foreign language learning?” 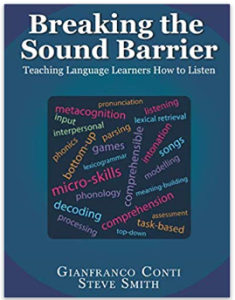 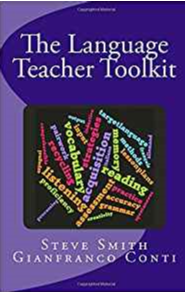